Your body is a map of your history. Craniosacral therapy helps you explore it.

Craniosacral therapy (CST) is a gentle, hands-on approach that supports your body’s innate capacity for healing and repair. Perhaps you’ve not heard of it before, or may not know much about it. So here I’m writing about how it may be helpful….. 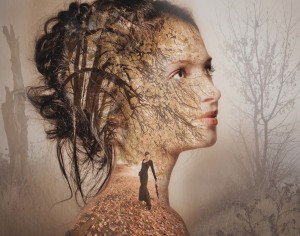 Just think about your own life – the myriad of experiences & influences that have shaped you over the years. We know that early childhood experiences are formative, and even before that, your time in the womb.

What we don’t usually realize is that our life experiences remain etched in our bodies – as a sort of somatic narrative of our lives.   Our embodied history, as it were.

Parts of this ‘somatic narrative’ can emerge for gentle attention, during Craniosacral sessions. That time you fell off your bike when you were ten; your first car accident; the grief of bereavement, or that time when you were in hospital recovering from surgery.   The tissues hold many stories. Particularly the overwhelming aspects that tend to remain ‘held’ in our system for later digestion. These ‘held’ places create restrictions in the subtle way your body expresses health.

During a CST session the therapist uses a light, ‘listening’ touch to feel where your body holds restrictions and, importantly, where health is expressed. Through this gentle touch any restricted areas are encouraged to ease, without force, and unwind their tension. In doing so, forgotten parts of the original event may also emerge – such as a memory, sensation or emotion – as the body moves towards healthier balance.   It’s a two way process that the client is very much involved in.

To give an example – during a session a client experienced a very ‘full’ feeling in his head as slight pressure built behind his frontal bone. As we paid attention, one side cleared whilst the other became denser. He reported that the dense area clarified into a sense of a distinct ‘lump’. There was some discomfort. With gentle questioning, he gained a fuller sense of it – an image arose of pale wood.   A fuller memory quickly emerged – a nasty head injury during a High school PE lesson in the gym that he’d long forgotten about. His head had impacted the pale wooden floor and he’d been concussed.   During the session the associated feelings of being afraid and not well supported at the time, emerged and flowed through. They no longer needed to be ‘held’. A sense of calm followed as his system settled into a more balanced state. His head eased as the tension lifted and he felt lighter.

This is just one story of how the body-led, ‘listening’ approach of Craniosacral therapy can allow integration of the parts of ourselves that have been fragmented. Things unfold differently for each individual according to their unique ‘somatic narrative’. In my experience this intelligent process leads towards greater health, vitality and self-awareness.   Old, stubborn injuries and problem areas can free up as the tissues release their held patterns of tension.

I am so much more tuned in to my stress signals and therefore so much more able to respect them. And the realisation that I was reacting to and suppressing my emotions has been so powerful. The self-acceptance that comes with that is very freeing. I really feel that these things were making me ill and I was storing up trouble for myself.... my back is much improved since I can act on my stress signals earlier.

​What is Craniosacral Therapy?

Craniosacral therapy is a gentle, hands-on, whole body approach derived from osteopathy. It releases deep tension in the body and assists a return to healthy function, working with the underlying cause of the problem and the body as a whole.

Blog
A member of